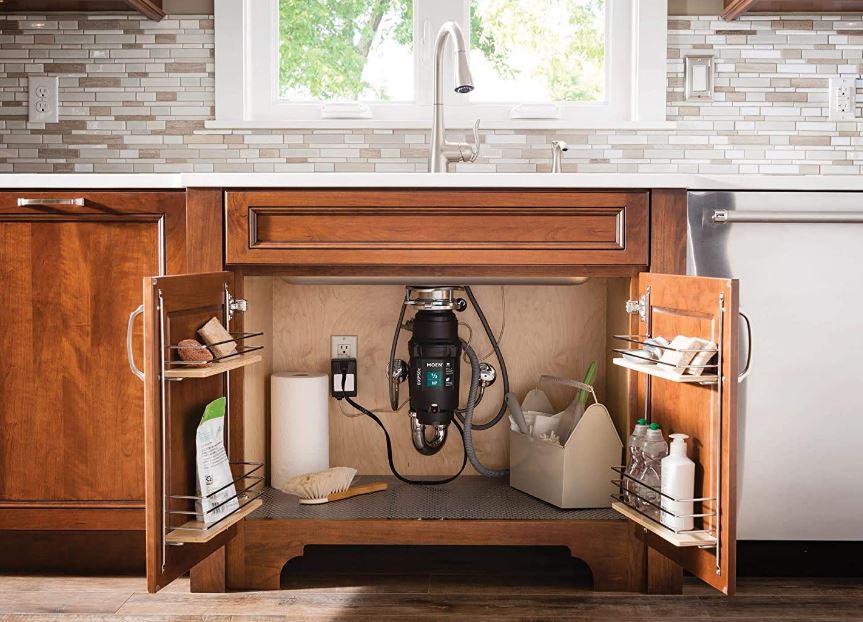 Garbage disposals speed up rinsing and washing dishes by allowing you to grind up food waste as you clean. Putting food waste down your sink takes it away from landfills and decreases the size of food particles that water treatment systems have to filter and process. Some municipal water systems even use this shredded food to generate energy now! But not all garbage disposal systems are the same. Some are better for certain households than others.

In this article we’ll talk about the different types of garbage disposals available on the market, how their motors and switches work, and what types are most likely to suit your needs.

Types of garbage disposals by size and power

Garbage disposals are mostly categorized by their power, specifically their horsepower (HP). There are four different motor categories, ranging from 1/3 HP, up to 1 HP. The less horsepower, the weaker and cheaper the disposal. More horsepower means stronger and more expensive.

In general, disposals with weaker motors will also be smaller and have less grind chamber capacity, but this isn’t always the case, so check closely if the size of the unit matters. Most disposals, regardless of motor power, have a grind capacity between 26 and 40 ounces. Similarly, most disposals are 11-15 inches tall, 5-9 inches wide, and 6-13 inches deep.

Motor power is what you should focus on most. Don’t get caught up in grinding speed specs (blade rotations per minute). Regardless of motor, most garbage disposals have grinding speeds between 1725-2800 RPM. What matters is if the motor is powerful enough to use that grinding speed to cut up difficult material without jamming.

Unless you’re living alone and rarely use a garbage disposal, you should probably consider the slightly larger and more powerful disposals on the market—that is, those with a 3/4 or 1+ HP motor.

Garbage disposals are basically big, powerful food processors connected to your sink, so maybe it’s no surprise that the two main types of food processor—continuous feed and batch feed—are also the two types of garbage disposal. That’s where the similarities start and end between these kitchen devices, however, as the use and application of a garbage disposal is so different.

The vast majority of garbage disposals available on the market are continuous feed models. As the name implies, these are garbage disposals you can continuously add food waste to while you’re cleaning. Simply flip the wall switch to activate the motor and you’re good to go. For best results, run cool water through the system the entire time you’re using it. 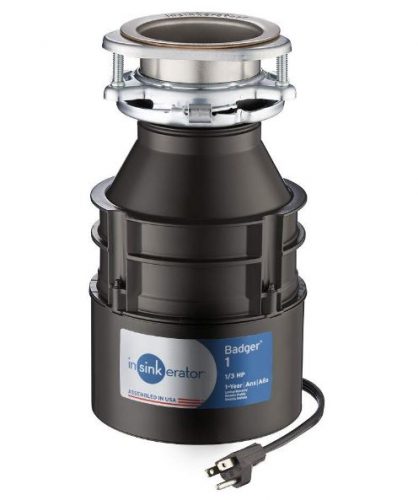 What are the pros and cons of continuous feed garbage disposals?

There’s a reason continuous feed disposals are so common: they’re exactly what most households need. Easier to use than batch feed disposals, they also happen to be cheaper and are far more likely to have advanced features that prevent jams (sometimes called “auto-reverse” features). That said, they may not be appropriate for households with children or disabled family members who may be more prone to accidents and injury when around the disposal.

As with “batch bowl” food processors, batch feed garbage disposals grind food up in batches. In the case of the garbage disposal, the batch isn’t limited by a bowl, but rather by the need to place a cover (stopper) over the drain for the motor to be operated. Literally, you have to feed them in batches.

This makes them far less convenient, on par with simply scraping food scraps into a garbage can, which is why they’re not as common (and why they’re more expensive). But they are ideal for households with small children or the intellectually disabled. No one is able to put their hands or other items in these garbage disposals and operate them at the same time.

Garbage disposal air switches are nothing more than a simple operating button that can be installed into a countertop or sink rim. When this button is pressed, air pushes through an airtight hose that’s connected to the garbage disposal’s power controls, thus activating the disposal by way of air. 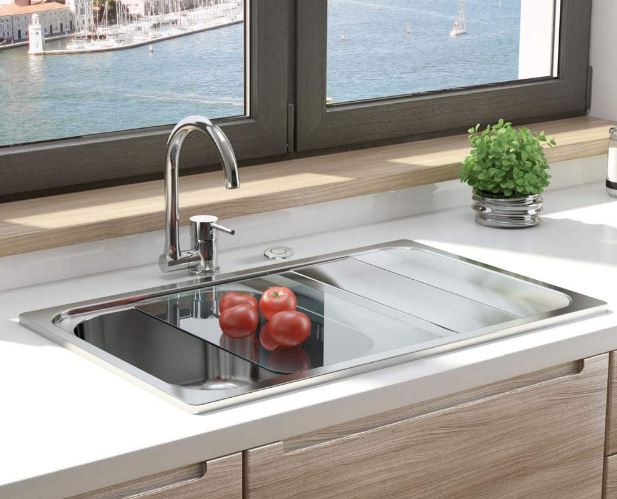 See Cleesink’s garbage disposal air switch kit. Note the button to the right of the faucet.

Because of their close proximity to the sink, air switches are extremely convenient and are often designed in a way that will complement sink styles. They’re also very safe, as any parts you interact with don’t come into direct contact with electrical components. Major downside? Installation may not be so simple. Unless you have a space faucet hole available, you may need to drill a hole in your counter or sink.

Depending on what comes with an air switch kit, you can expect to spend $20-$50, on average. 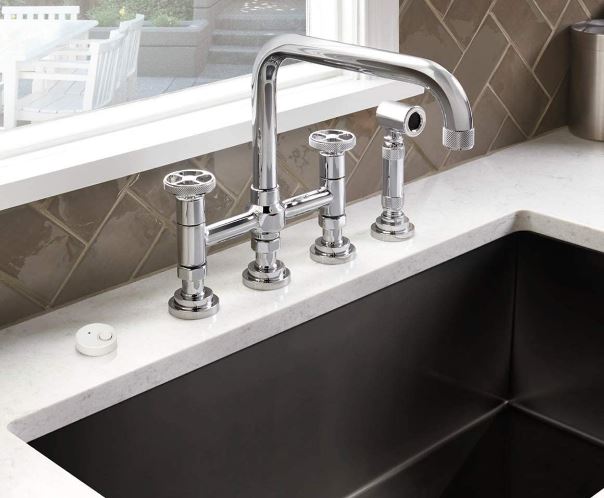 While wireless switches may not blend as seamlessly into your kitchen’s design, they are easier to install than air switches—really, as simple as plugging something in. Some models, like Didikit’s, even come with timers that will operate the disposal for exactly 30 or 60 seconds at a time.

Traditionally, and to this day, many garbage disposals are hardwired into a kitchen’s electrical wiring. This is the case whenever you see a disposal that operates by way of a nearby wall switch.

Other garbage disposal features to consider

After you’ve decided on the type of garbage disposal, motor size, and switch you want, a lot of pricing comes down to the finer details of individual features.

Which garbage disposal is quietest?

There’s no denying a garbage disposal sounds like a little disgruntled chainsaw in your sink drain. Unfortunately, there’s no standard for rating the volume of garbage disposals in action, so manufacturer’s claims about volume levels are dubious at best. Still, there are a few things you can look for or do to cut down on a garbage disposal’s noise.

What makes some garbage disposals more expensive than others?

Cheaper garbage disposals rely on more plastic connections than expensive models, which tend to use stainless steel parts that are more likely to last longer. This may seem like a big deal, but really a lot depends on use and motor power.

Grind stages and anti-jamming features are the more noticeable differences between price points. Cheaper garbage disposal models almost always have a single grind stage, and they lack anti-jamming technology. Food passes through grinding blades which chop it into fine grounds before sending them on through the pipes. If the blades jam badly, you may need to turn off the disposal and manually clear them.

More expensive garbage disposals actually have multiple sets of blades, allowing for finer grounds, almost to the point of liquefaction. This is useful if you have pipes that are prone to clogging. Typically disposals aren’t recommended for such pipes, but more expensive disposals with multiple grind stages can get around this problem.

With such extreme grinding, you’re unlikely to face jams, but if you do, many expensive models also come with an auto-reverse feature that detects jams and reverses the spin direction of the blades, thus loosening the jam to get on with grinding.

While there are numerous manufacturers making garbage disposals, a few stand out for their large product lines and well-established presence in the disposal and/or kitchen sink industry.

Garbage disposal use and maintenance

You can probably expect your garbage disposal to last about 10-12 years, though their lifespan improves if you use them smartly.

If you want your disposal to last for a long time, clear it with cool water only, don’t subject it to fibrous or greasy foods too often, and rinse it after exposure to acidic foods. To deodorize it, grind citrus peels and then rinse. Want to keep the blades nice and sharp? Run a glassful of ice through the disposal every three to six months.

As for jamming, it shouldn’t happen often, if at all, when you have the right motor for the tasks you’re giving your disposal. In the event that a jam does occur, more expensive disposals will have an anti-jamming technology that will react to a jam. Meanwhile, less expensive models may come with an allen wrench that will let you get under the sink and disposal to dislodge the jam manually.

The installation of a garbage disposal is a great DIY project, as most only take 2-4 hours to install. When you’re buying a disposal you plan to install yourself, keep the following things in mind.

Check out this video to learn how to remove an old garbage disposal and replace it with a new one! 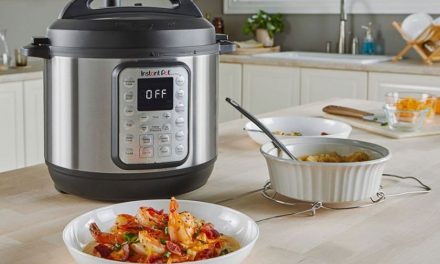 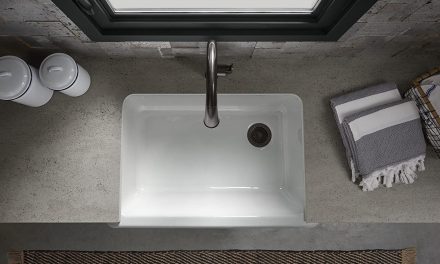